Momoka Hanai (花井 桃香 Hanai Momoka) is Kanoko's best friend from middle school. She is really attached to Kanoko, because she was her first true best friend. She is affectionate towards Kanoko, to the point where she calls her the person she likes the most. Both of them get along well with each other and would do anything to protect one another. She calls Kanoko, "Kano-chan."

Momoka is a very beautiful girl with long brownish blonde hair and light brown eyes. She is almost always seen with a smile on her face. She also has a well-endowed bust and slender legs. She is known to be able to be very popular amongst boys because of her splendid looks. Before, in Warau Kanoko-sama, she was usually seen with pigtails, now she is seen with her hair out and wearing her school's sailor uniform.

Momoka is a very kind, and somewhat of a dim girl. She is a natural airhead, but can see through people's rough personas. She was able to see through Kanoko's cold loner demeanor and knew Kanoko liked being around people just as much as she likes being alone. Momoka was also easily able to see Tsubaki's jealousy and possessiveness towards Kanoko. She gets along well with her little brother, Ume, though he seems to be the mature one. As the series moves forwards, Momoka's observation skills become sharper. 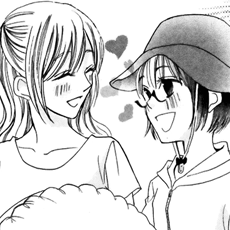 Momoka initially talked to Kanoko to find out if she and Tsubaki had a special relationship after seeing Tsubaki taking an interest in her, but after being confronted by Kanoko she followed her advice about "learning how to speak to others" and continued to stay close to her, when Kanoko saw Momoka being bullied by her classmates and still defend Kanoko and state she wanted to become her friend, Kanoko went out of her way to warn others about bullying her "friend". After a while, Momoka realizes Kanoko is the person she likes the most, and when encouraged by Kanoko to fight for the person she likes, she just says "If I were a guy, I'd surely fight".

After spending some special moments with Momoka and the other Tomigaoka friends, Kanoko came to really enjoy their relationship and when she was told she would definitely move, she realized that she really liked Momoka and she wanted to keep being close to her, so she convinced her parents to let her live alone during her high school life.

In Koi dano Ai dano, Momoka and Kanoko are best friends and Momoka has become Kanoko's #1, much to Tsubaki's dismay, and Kanoko would do anything Momoka asked. Momoka's observation skills have improved and the time spent with Kanoko has also had an influence on the way she speaks and conveys her thoughts, which is obvious when she calls out Tsubaki's problematic behaviour towards Kanoko.

At the beginning of Warau Kanoko Sama, Momoka had a crush on 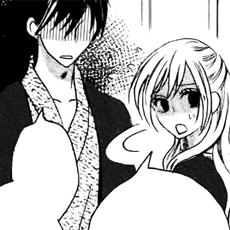 Tsubaki, but after getting to know him more and spending time with Kanoko, she realized she didn't like him anymore. Tsubaki thought that even though she was physically his type, she was too dimwitted for him.

While at first they only interacted because Kanoko was their mutual friend, they end up becoming friends and Tsubaki openly talks about his love for Kanoko with Momoka and listens to her advice. Momoka won't hesitate to call out Tsubaki's problematic behaviour when it comes to Kanoko and put him on his place.

After going to the hot springs with everyone and having a serious discussion with Momoka, Tsubaki stops thinking Momoka is dimwitted and even admits that if Momoka were a guy, he would have lost already. 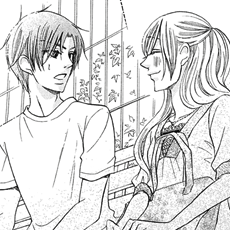 Natsukusa has liked Momoka since middle school because of her good looks and sweet personality, but doesn't really seem to know her, this could be because he isn't as observant as other members of their group of friends. So far, Momoka only thinks of Natsukusa as a close friend. 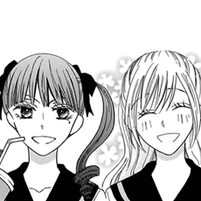 Reiko and Momoka were always ostracized by other girls during their middle school years and when Reiko transferred to Tomigaoka they seem to have become close. They go to the same high school and even though Reiko is harsh when she speaks about Momoka, she seems to really appreciate her friendship with Momoka and the others.

Yamada thinks Momoka is really cute and tries his best to help Natsukusa get closer to her. They don't talk much but Yamada is observant enough to know she was ostracized in middle school and to realize Momoka's feelings towards Kanoko.

Retrieved from "https://koidanoaidano.fandom.com/wiki/Momoka_Hanai?oldid=4838"
Community content is available under CC-BY-SA unless otherwise noted.