The Newspaper Club was once one of the most prominent clubs and had a high influence on the school; however, once the Broadcasting became popular most of the members left the club, with the exception of the treasurer (Kyouko Shinonome) and the Club Leader (Hitoyoshi).

When they were in danger of being disbanded, Kyouko found Kanoko and tricked her (with Tsubaki's help) into joining as a "great strategist".

After Kanoko joins the club, the club gains notoriety once again, becoming one of the three most important Clubs along with the Broadcasting and Computer Club. 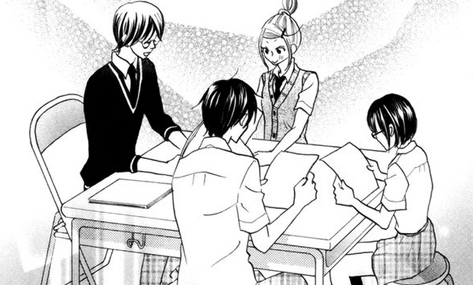 Treasurer (Will become Leader next year)

The mastermind behind the club's sudden rise.

Relations with other clubs[edit | edit source]

Retrieved from "https://koidanoaidano.fandom.com/wiki/Newspaper_Club?oldid=4464"
Community content is available under CC-BY-SA unless otherwise noted.