The Student Council takes on the responsibility of representing the whole student body. They supervise the student events, such as the Sports and Cultural Festival, check the clubs budgets and approve or reject their projects, among other tasks. 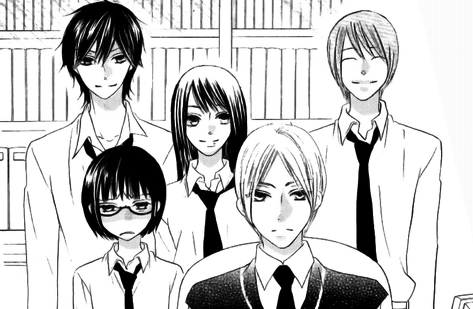 President for two consecutive years. After a rule he approves allows third years to run for Presidency, he runs again to become President a second time and ban it since it was his mistake. He approves or rejects the clubs projects and supervises their activities. He was in charge of dealing with the Drama Club budget situation but he's busy and sends Kanoko instead. After the sports festival, Kanoko and he check that every club successfully completes their assigned tasks.

Vice President for two consecutive years. Mizukami deals with the students complaints and informs the teachers about them, he is also known to be a capable member and able to easily quell crises. After the Sports Festival, he and Tsubaki deal with the tasks that require physical strength.

Treasurer. Sayuri is in charge of adjusting the clubs budget. 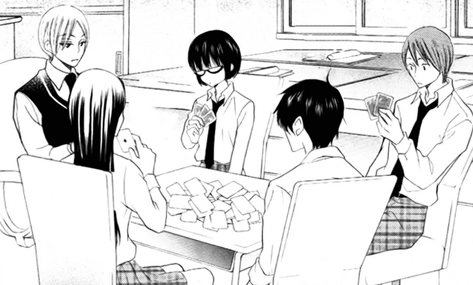 Secretary. Kanoko is in charge of the movement of the Idol Research Club and the Dark Magic Club. She recently was able to get the Drama Club to maintain their budget by suggesting them selling some of their unused articles. After the Sports Festival, she and Yabuki team up and check that all the Clubs finish their cleaning tasks.

Secretary. Tsubaki is in charge of dealing with the Computer Club; he recently checked their members using the school website and confirmed the number of people attending the planning meeting. He has to deal with the Club previous Leader, Aruto Otabe, who keeps asking for Kanoko when they send a secretary. After the Sports Festival, he and Mizukami are in charge of the tasks that involve physical strength. 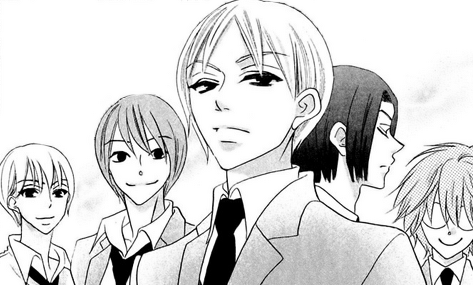 Former Secretary. When she was in the student council, her reports were badly written and she asked a lot of questions; according to Mizukami, this allowed for a friendly atmosphere in their meetings. You said that he feels ashamed of her work. When Mizukami asked her if she would join the student council again, Kaede said she didn't want to spend another year working with You, who called her stupid all the time, and would dedicate her time to the Music Club.

Former Treasurer. He is You's classmate. He didn't join the student council a second time because his health is poor and he needed to rest his body.

He's Kaede's classmate. When Mizukami asked him if he would join the student council again, he answered: "If Kaede-San is not joining, then I'll pass too".

Retrieved from "https://koidanoaidano.fandom.com/wiki/Student_Council?oldid=4450"
Community content is available under CC-BY-SA unless otherwise noted.